Paige and Joe Rogers were born and raised in Springfield, Missouri. Falling in love during college, they got married and went out to explore the world. For 6 years, they called Portland, Oregon their home. Paige attended the Actors Conservatory and went on to work professionally as an actor, producer, and administrator. Joe soon caught the theatre bug while living in Portland and became one of the most sought after stage managers in the city. They loved being artists in Portland.

When Covid-19 swept the world, their lives came to a complete halt. The art they were pursuing dried up, they lost work, and Joe’s father became very ill. They decided to move back to Springfield to be with family but the hardships continued. Joe’s father, LeeRoy, soon passed away and we felt lost. Paige found solace in the story, Little Women. Paige began to work on the show though she was not technically producing or directing it. Joe saw the light return to their lives and after listening to the musical soundtrack, came home one day with a small umbrella in hand. Joe said it was time for them to create again.

So they looked around the community they loved in Springfield and saw that they could give back by producing theatre in a different way. They rolled up their sleeves, raised the money and got to work. Small Umbrella Theatre Company was formed. The company’s name, Small Umbrella, is named after one of the songs in Little Women: The Musical and also represents Joe’s gift to Paige that day encouraging them to move forward. In our logo, the umbrella is upside down. This symbolizes victory over hardships.

We know there are many difficulties ahead for our small company but we already feel triumphant in taking the first step.

Giving back to our community. Giving back what we have learned. And giving the gift of extraordinary theatre. 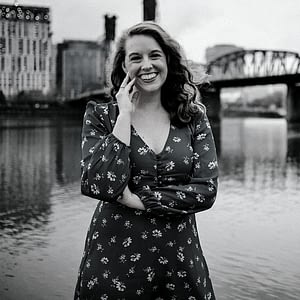 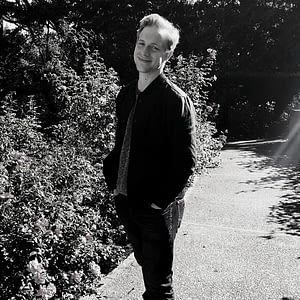